The road to quantum computing

How is quantum computer development currently progressing in Germany and Europe? Researchers at the University of Konstanz led by Professor Guido Burkard report on the crucial challenges, the potential of silicon-based quantum bits, and the formation of three new research networks– at the European level, at the federal level, and at the state level in Baden-Württemberg.

The race for the quantum computer will most likely be decided at the quantum bit (qubit) – the smallest information unit of the quantum computer. The coupling of several qubits into a computing system is currently one of the greatest challenges in the development of quantum computers. A key question is which physical system and which material are best suited for qubits. Development of qubits based on superconductors has advanced farthest – but there are increasing signs that silicon semiconductor technology may be a promising alternative with decisive advantages in chip production.

What qubits are made of
The classical bit is the smallest data storage unit of our current computers. It can take on exactly two values: One and zero – or in other words: A current either flows (“one”) or does not flow (“zero”). The quantum bit, on the other hand, is not limited to these two states: It can assume an intermediate state of one and zero at the same time, known as “superposition”. Only at the moment of measurement is this intermediate state brought to a fixed value. In other words: Whereas normal bits have a defined value at any given time, qubits take on a defined value only at the respective moment of measurement. This property is the basis for the massive computing power that quantum computers can harness for some problems.

This makes storage of such quantum information much more complicated – a simple “current on/current off” is not enough. Instead, the fastest and smallest processes in space and time serve as the basis: Quantum states of electrons or photons can be used to implement a qubit. In the case of silicon quantum bits, the intrinsic angular momentum of a single electron – the electron spin – is used for information storage. Here, the rotational direction of the electron in combination with its quantum state encodes the quantum information. This is, understandably, highly fragile, as even the most subtle disturbances at the atomic level can affect the angular momentum of an electron and destroy the quantum information. 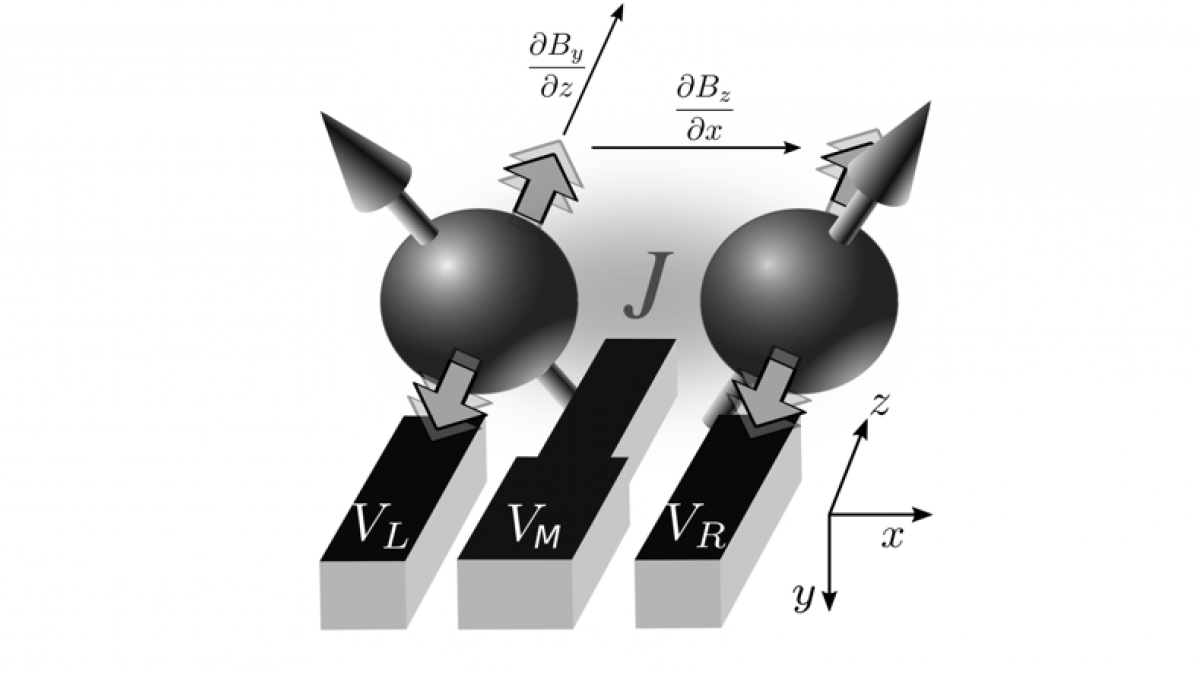 Today’s challenge: Coupling quantum bits
An even more difficult task is interconnecting quantum bits because a single quantum bit is not sufficient to carry out an arithmetic operation. Just like standard computers, quantum computers require multiple (quantum) bits to be linked together to form a computing system: Consequently, the individual qubits must be able to interact with each other. If the qubits to be coupled are far apart on the chip, one qubit must first be brought into the vicinity of the other with a kind of “quantum bus” to enable a computing operation.

In the case of the spin-based qubit, this means that the angular momentum of an electron must be transported or transferred to another electron precisely and with a minimum of disturbance – and not just once, but potentially thousands or even millions of times. A challenge for science – interconnecting the qubits is currently probably the biggest obstacle in the development of quantum computers. “It makes a difference whether you set up a single quantum bit or whether you team up tens, hundreds or thousands of them. Interactions can occur between the qubits that are difficult to control,” describes Professor Guido Burkard, professor of theoretical condensed matter physics and quantum information at the University of Konstanz.

Currently, the most advanced quantum computer prototypes achieve coupling of some 20 to 50 qubits. 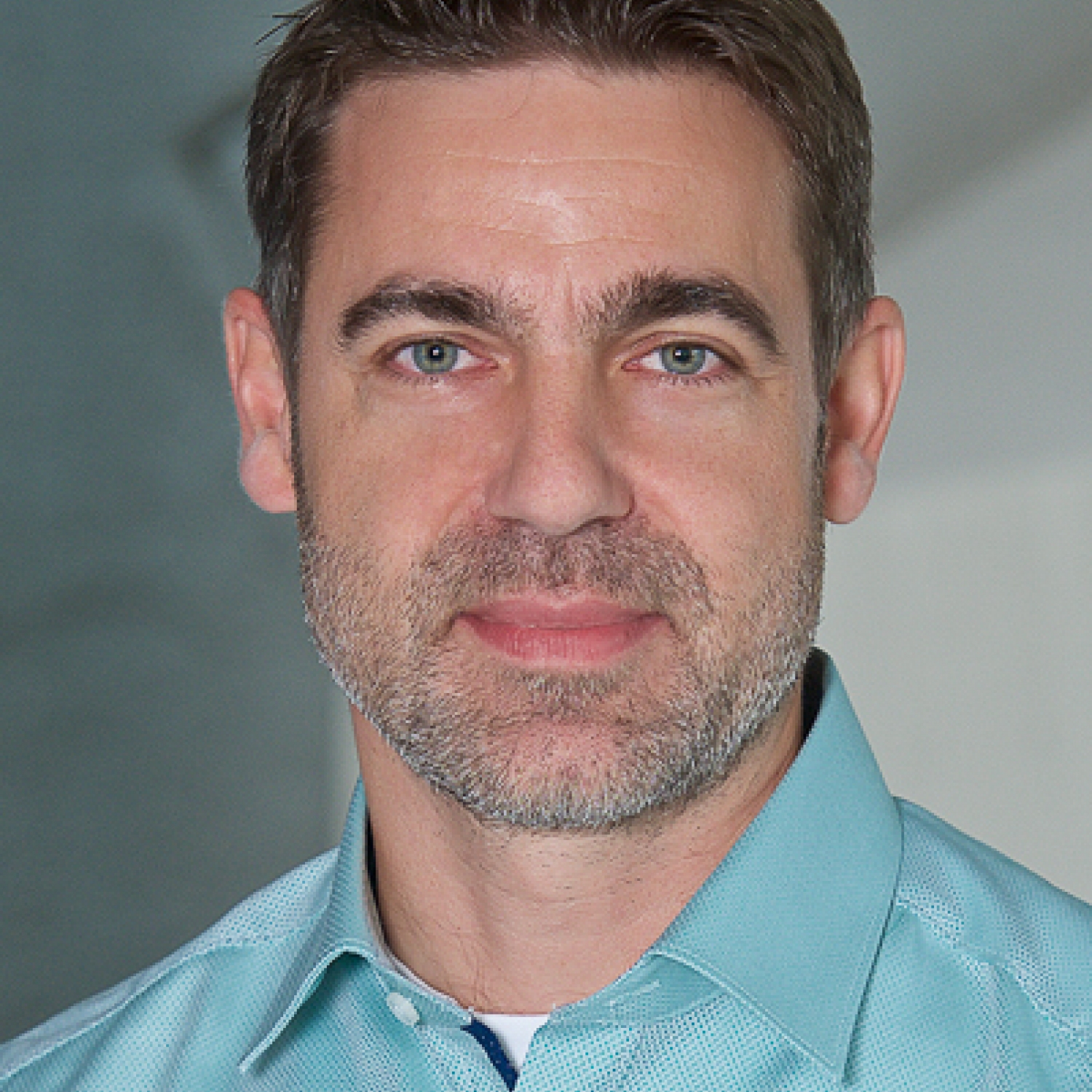 “This is a major success already. However, there is still a long way to go before we come to an actual application. Thousands or millions of qubits are needed to perform meaningful arithmetic operations.”

The potential of silicon
The most advanced quantum computer systems to date are based on superconductors. Superconductor-based systems are extremely powerful, but they have to contend with limitations: They do not operate at room temperature, but at temperatures just above absolute zero (at around -273  C). In addition, superconductors are relatively energy-intensive and comparatively large from the point of view of technical miniaturization, so that only a small number of superconductor-based qubits fit on a chip.

Alongside the further development of superconductor qubits, research is also going into alternative systems. Silicon is one of the most promising materials: “We believe that silicon-based semiconductor qubits offer great prospects,” explains Guido Burkard. Silicon-based quantum bits have the advantage that, being only a few nanometres in size, they are decidedly smaller than superconductor systems. Consequently, many more of them can be put into a computer chip – potentially millions. “Moreover, industry already has decades of experience with silicon semiconductor technology. The development and production of silicon-based qubits benefits enormously from this – which is no small advantage,” Guido Burkard explains.

As early as 2017, Guido Burkard’s research team, in collaboration with Princeton University and the University of Maryland, succeeded in creating a stable “quantum gate” for silicon qubits – i.e. a switching system for initially two-qubit systems that was capable of performing all the basic operations of the quantum computer. A milestone on which the physicists are now building: “Our task now is to scale up and interconnect as large a number of silicon qubits as possible with a minimum of crosstalk,” Burkard says. To achieve this goal, he has now joined forces with leading research teams in the field of qubit development within the framework of three large research networks at the levels of Europe, Germany and Baden-Württemberg.

At the European level: Research network QLSI
The research network QLSI (“Quantum Large-Scale Integration with Silicon”) is a project in the field of silicon-based quantum computer technology that is being carried out as part of the “flagship” project of the European Union (EU) on quantum technologies. The project brings together the expertise of 19 research institutions in Europe, coordinated by the CEA-Leti research institute in Grenoble (France). “The task of QLSI is, quite simply, to make the step from individual silicon qubits to complex switching systems,” says Guido Burkard.

“On the part of the University of Konstanz, we are contributing our experience in the field of theory and simulation of the transport of quantum information. We will model the qubit switching systems and work out how quantum information can be transported with a minimum of interference. We want to understand the interactions between spin-based qubits, and minimize interference factors.”

The QLSI research network was launched in December 2020 and will be funded with € 15 million for a period of four years.

At the federal level: QUASAR research network
The QUASAR research network aims to develop a semiconductor quantum processor “made in Germany” based on the “shuttling” of electrons. A quantum bus makes it possible to transport individual electrons, together with their quantum information, over distances of up to ten micrometres. The technology is based on electrodes connected in series, which move the quantum dots from one end to the other by pulsating voltages “like a conveyor belt”.

The QUASAR network is coordinated by Forschungszentrum Jülich and brings together research institutions and industrial partners from all over Germany. Guido Burkard’s research team is one of the project partners: “QUASAR aims to bring together, at a national level, research knowledge in the field of basic research with the experience of industrial partners in the field of semiconductor technology,” says Burkard. QUASAR started in February 2021 and is funded by the Federal Ministry of Education and Research (BMBF) with € 7.5 million until 2025.

At the state level in Baden-Württemberg: Competence Centre Quantum Computing
The “Competence Centre Quantum Computing Baden-Württemberg” coordinated by the Fraunhofer-Gesellschaft and funded by the State of Baden-Württemberg makes an existing quantum computer available to research and industry in Baden-Württemberg for development and testing purposes. “As part of the competence centre, the University of Konstanz is involved in the two projects: QORA and QC4BW,” Guido Burkard describes. QORA is a quantum software project with the task of optimizing quantum computing algorithms. QC4BW, on the other hand, is a hardware project that pursues the goal of exploring quantum effects in diamond as a possible basis for qubits. Here, the working group of Guido Burkard is contributing its expertise in the characterization and control of quantum effects in diamond.