Researchers at CU Boulder have designed one of the most precise stopwatches yet—not for timing Olympic sprinters and swimmers but for counting single photons, or the tiny packets of energy that make up light.

The team’s invention could lead to big improvements in a range of imaging technologies—from sensors that map out entire forests and mountain ranges to more detailed devices that can diagnose human diseases like Alzheimer’s and cancer. The group published its results this week in the journal Optica. 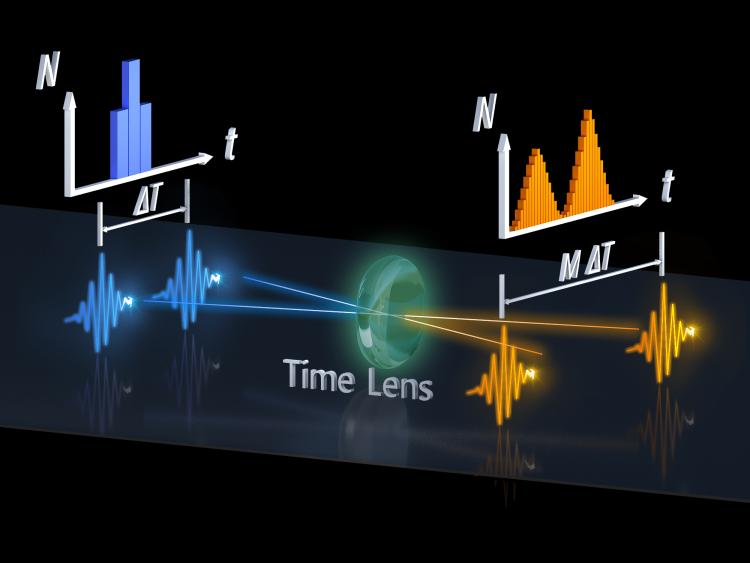 Graphic showing how a time lens can distinguish between two photons arriving at a detector close together. (Credit: Optica)

Bowen Li, lead author of the new study, said that the research focuses on a widely-applied technology called time-correlated single photon counting (TCSPC). It works a bit like the timers you see at the Olympics: Scientists first shine a laser light at a sample of their choice, from individual proteins all the way up to a massive geologic formation, then record the photons that bounce back to them. The more photons researchers collect, the more they can learn about that object.

“TCSPC gives you the total number of photons. It also times when each photon hits your detector,” said Li, a postdoctoral researcher in the Department of Electrical, Computer and Energy Engineering (ECEE) at CU Boulder. “It works like a stopwatch.”

Now, that stopwatch has gotten better than ever. Using an ultrafast optics tool called a “time lens,” Li and his colleagues show that they can measure the arrival of photons with a precision that’s more than 100 times better than existing tools.

Shu-Wei Huang, corresponding author of the new study, added that the group’s quantum time lens works with even the cheapest TCSPC devices available on the market.

“We can add this modification to almost any TCSPC system to improve its single-photon timing resolution,” said Huang, assistant professor of ECEE.

The research is part of the newly-launched, $25 million Quantum Systems through Entangled Science and Engineering (Q-SEnSE) center led by CU Boulder.

TCSPC may not be a household name, Huang said. But the technology, which was first developed in 1960, has revolutionized how humans see the world. These photon counters are important components of lidar (or light detection and ranging) sensors, which researchers use to create geologic maps. They also show up in a more small-scale imaging approach called fluorescence lifetime microscopy. Doctors employ the technique to diagnose some illnesses like macular degeneration, Alzheimer’s disease and cancer. 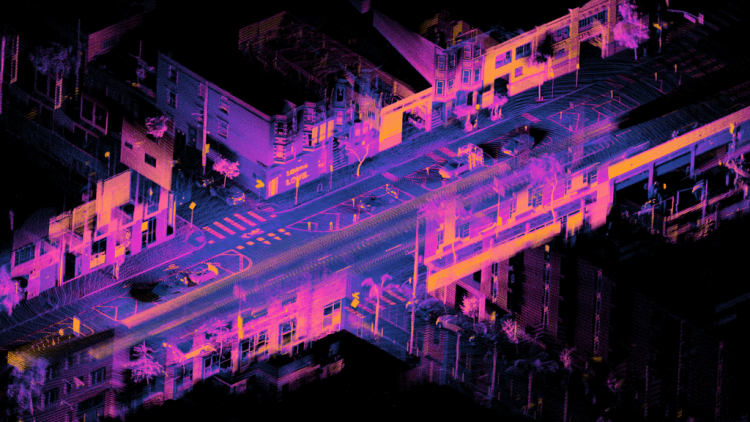 “People shine a pulse of light on their sample then measure how long it takes to emit a photon,” Li said. “That timing tells you the property of the material, such as the metabolism of a cell.”

Traditional TCSPC tools, however, can only measure that timing down to a certain level of precision: If two photons arrive at your device too close together—say, 100 trillionths of a second or less apart—the detector records them as a single photon. It’s a bit like two sprinters coming to a photo finish during a 100-meter dash.

Such tiny inconsistencies may sound like a quibble, but Li noted that they can make a big difference when trying to get a detailed look at incredibly small molecules.

He and his colleagues decided to try to solve the problem using what scientists call a “time lens.”

“In a microscope, we use optical lenses to magnify a small object into a big image,” Li said. “Our time lens works in a similar way but for time.”

To understand how that time distortion works, picture two photons as two runners racing neck-and-neck—so close that the Olympics timekeeper can’t tell them apart. Li and his colleagues pass both of those photons through their time lens, which is made up of loops of silica fibers. In the process, one of the photons slows down, while the other speeds up. Instead of a close race, there’s now a large gap between the runners, one that a detector can record.

“The separation between the two photons will be magnified,” Li said.

And, the team discovered, the strategy works: TCSPC devices with built-in time lenses can distinguish between photons that arrive at a detector with a gap of several hundred quadrillionths of a second. That’s orders of magnitude better than what normal devices can achieve.

The researchers still have some work to do before time lenses become common in scientific labs. But they hope that their tool will one day allow humans to view objects, from the very small to the very large, all with a clarity that was previously impossible.

Other coauthors on the new study include ECEE graduate students Jan Bartos and Yijun Xie.

The Shorts | 8/30/21 | Business and Industry in Quantum Computing