AIM Photonics has signed a seven-year agreement with the Air Force Research Laboratory (AFRL) and the Research Foundation of the State University of New York. The agreement includes support totaling more than $321 million.

The funding includes $165 million awarded by AFRL on behalf of U.S. Department of Defense (DOD) and $156 million from other sources, including more than $60 million previously awarded from New York state as part of a $250 million commitment to establish the institute, and contributions from participating companies, colleges, universities, and other state governments. 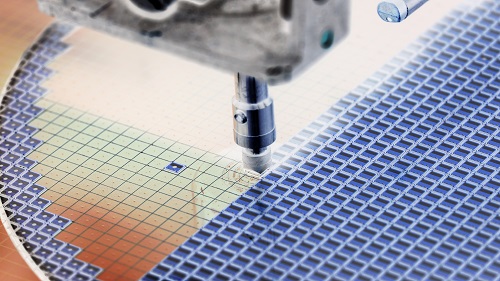 The funds will be used to help ensure the manufacturing readiness of advanced photonics, a technology that is essential to national security and critical to the future of high-performance microelectronics.

“This award signifies the department’s continued commitment to advancing integrated photonics technologies in conjunction with its investments in microelectronics,” said Rob Gold, director of Office of the Undersecretary of Defense’s Technology and Manufacturing Industrial Base program. “AIM Photonics has achieved remarkable technical success in its initial five-year standup period as a manufacturing innovation institute. Even more progress is anticipated over the next seven years as the domestic industrial base in integrated photonics matures.”

AIM Photonics has developed a process design kit that supports electronic photonic design automation from chip to package. Coupled with its multiproject wafer program and unique test, assembly, and packaging capabilities, it enables designers to manufacture their designs at a fraction of the cost normally associated with prototype development.

The institute is also committed to ensuring there is a highly skilled labor force to support the industry through education and workforce development programs that support manufacturing within the entire silicon photonics ecosystem. This commitment includes large corporations, small to medium manufacturing companies, university researchers, federal agencies, and members of the photonics industry supply chain.

“The Department of Defense’s extended partnership with New York will allow us to further develop this cutting-edge industry and create economic opportunities, both now and in the future, throughout the state,” said Kevin Younis, Empire State Development COO and executive deputy commissioner.

“As a member of the House Armed Services Committee and founder of the Congressional Optics & Photonics Caucus, I am particularly excited about the opportunities this funding presents to strengthen our defense technologies and support our armed forces,” said U.S. Rep. Joe Morelle.

“We are uniquely positioned to provide a proven, advanced manufacturing environment that is vital for the evolution of integrated photonics,” said Tod Laursen, acting president of SUNY Polytechnic Institute and chair of the AIM Photonics Leadership Council. “Our goal is to continue to increase industry, academic, and government participation in the commercialization of this critical technology by providing unparalleled access to the advanced infrastructure needed to support the full development cycle of both current and future integrated photonic applications.”

AIM’s ecosystem provides the photonics industry, the academic research community, and the DOD access to a full suite of design tools, advanced wafer fabrication, testing, and chip packaging technologies throughout the entire product development cycle. The work is conducted at the Test, Assembly, and Packaging facility in Rochester, N.Y., and at the Albany Nanotech Complex, which is owned and operated by NY CREATES.