Simpler, Efficient Method of Quantum Encryption Developed by Hebrew U of Jerusalem

Simpler, Efficient Method of Quantum Encryption Developed by Hebrew U of Jerusalem

Closer to a Simple and Efficient Method of Quantum Encryption 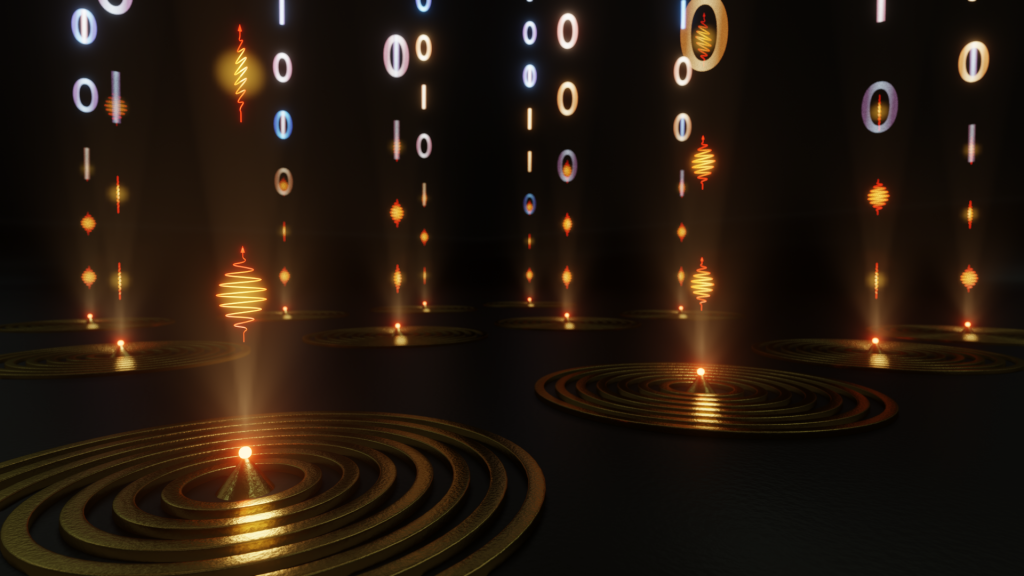 Quantum computers will revolutionize our computing lives. For some critical tasks, they will be mind-bogglingly faster and use much less electricity than today’s computers. This good news also has a downfall— these computers will be able to crack most of the encryption codes currently used to protect our data, leaving our bank and security information vulnerable to attacks.

Currently, most computer security relies on mathematical manipulations that ensure a very high level of security—it would take a standard computer billions of years to break one of those codes. However, in our quantum future, new methods of encryption that rely on the laws of physics, rather than mathematical equations, will need to be developed.

One fruitful approach is to use the quantum properties of single photons (particles of light) to securely encrypt a message so that any attempt to hack it is immediately detectable by both the sender and recipient. However, getting a suitable source of single photons has been an immense challenge.

Now, Professor Ronen Rapaport and Dr. Hamza Abudayyeh of the Racah Institute of Physics at the Hebrew University of Jerusalem (HU) led breakthrough research,  together with Professor Monika Fleischer, Annika Mildner, and others at the University of Tübingen in Germany, achieving a significant advancement in sourcing single photons.  Their findings bring us closer to a simple and efficient method of quantum encryption and were published in the recent edition of ACS Nano.

Banks and governments are already investing heavily in quantum encryption relying on laser beams. However, laser beams often release several photons at once or none at all. What is needed for optimum security is a source that can emit a fast but steady stream of single photons—in one direction and at room temperature.

The team at HU developed a system that uses fluorescent crystals in the form of specks so tiny that special microscopes are needed to see them. Known as quantum dots, each dot measures much less than a thousandth of the width of a human hair. A laser beam shone at the quantum dot causes it to fluoresce and emit a stream of single photons.

These quantum dots are individually mounted on golden pinheads – with an exception for a nano-pinhead, or nanocone, almost a hundred-thousandth the size of a regular pinhead. Nanocones are able to increase the quantum dot emission of photons 20-fold.  This stream of photons is then shot off in a single direction by a ‘Bragg grating’ acting as a type of antenna.

The HU-Tübingen device is not only useful for quantum encryption but in other situations that rely on quantum bits to encode information, such as quantum computation. “At present, we have a good prototype that has the potential for commercialization in the near future,” shared Ronen Rapaport.

The advantage of quantum cryptography lies in its physical determinism. “Laws of science cannot be broken—a single photon cannot be split, no matter how hard one tries. Mathematical complexities might be very difficult to solve, however they are vulnerable to attack and breaches unlike quantum-based security systems,” explained Hamza Abudayyeh.

The team is currently improving their device so that it can provide an even more reliable and efficient stream of single photons that could be used in a wide range of quantum technologies.  Stay tuned.

With thanks to the Hebrew University’s Center for Nanoscience & Nanotechnology and Quantum Information Science Center.

The Shorts | 11/17/21 | Technology and Hardware in Quantum Computing

U of Rochester Photonic Chip Could Boost Interferometer Sensitivity Significantly