Following on from the 6th meeting of its Quantum Scientific Council, Atos, a global leader in digital transformation, announces that it is continuing to enrich its quantum development ecosystem, through the creation of a global User Group of the Atos Quantum Learning Machine (QLM), which will be chaired by a representative from French multi-national energy company Total. This announcement follows the commercial success of the QLM, the world’s highest-performing quantum programming appliance, allowing for the first time to simulate quantic behaviors. This ecosystem is supported by the Atos’ Quantum Scientific Council, which includes universally recognized quantum physicists. It is also further enhanced by partners such as leading software company Zapata and start-up Xofia.

Just two years on from its launch in 2017, Atos’ QLM users continue to grow as the QLM is being used in numerous countries worldwide including Austria, France, Germany, Ireland, Mexico, the Netherlands, UK and the United States, empowering major research programs in various sectors.

The User Group will bring together current QLM customers and their ecosystems of users from around the world, including research centers, universities and global industrial companies. It will be chaired by a representative from Total, Henri Calandra, Expert in Numerical Methods and High Performance Computing. This QLM User Group aims to drive advances in quantum programming and simulation, as well as to develop and enrich collaboration between users and share best practice and support. Feedback will be used to influence Atos’ QLM evolutions and further enhance the technical support that it provides its customers, paving the road towards the new world of quantum computing.

“Atos is committed to enrich its quantum ecosystem and with this, its research program in order to continue to provide researchers worldwide with the right conditions and solutions so that they can take advantage of the innovative opportunities provided by quantum computing. We have some of the world’s leading scientists on our Quantum Scientific Council which, together with our rich base of QLM customers, means we are creating the most advanced quantum ecosystem” said Elie Girard, CEO of Atos “Now, with the creation of this Group of Atos QLM Users, we are ensuring that we continue to support them to develop new advances in deep learning, algorithmics and artificial intelligence with the support of the breakthrough computing acceleration capacities that quantum simulation provides.”

“As President of this new User Group, Total is involved in the advancement of quantum research, together with Atos. Quantum simulation enables us to explore new ways of solving complex problems, improve performance and drive significant technological advances to prepare the future of low carbon energy. This contributes to realizing Total’s ambition: to become the responsible energy major”, said Marie-Noelle Semeria, Senior Vice President, Group CTO at Total. 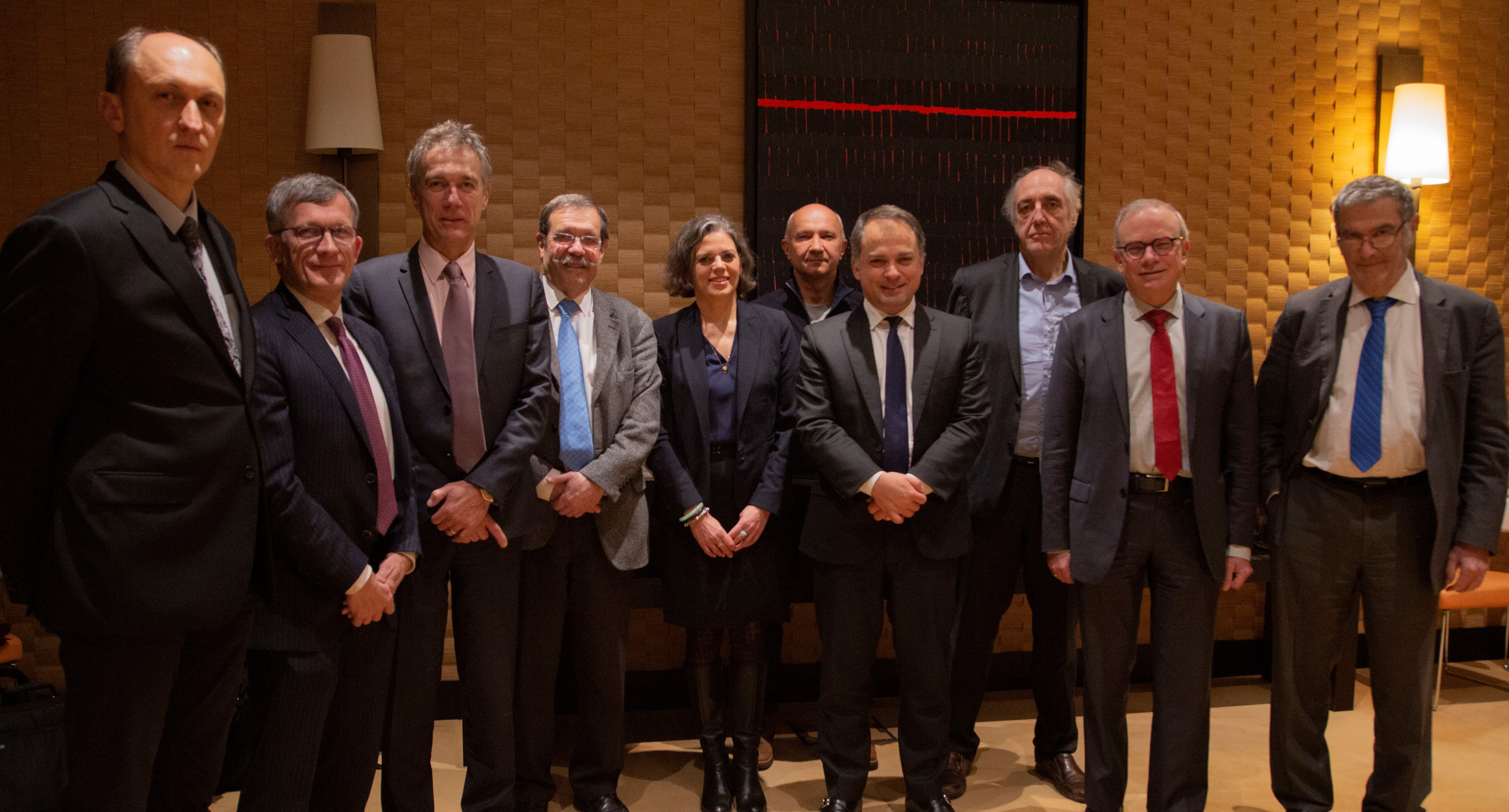 The Quantum Scientific Council is made up of universally recognized quantum physicists, including Nobel prize laureate in Physics, Serge Haroche; Research Director, CEA Saclay, and Head of Quantronics, Daniel Estève; professor at the Institut d’Optique and Ecole Polytechnique, Alain Aspect; Alexander von Humboldt Professor, Director of the Institute for Theoretical Nanoelectronics at the Juelich Research Center, David DiVincenzo; and Professor of Quantum Physics at the Mathematical Institute, University of Oxford and Singapore, Artur Ekert.

Atos’ ambitious program to anticipate the future of quantum computing and to be prepared for the opportunities as well as the risks that come with it – ‘Atos Quantum’ program – was launched in November 2016. As a result of this initiative, Atos was the first organization to offer a quantum noisy simulation module, the Atos QLM. Earlier this year, it launched myQLM, a free tool that allows a broader ecosystem to get acquainted with quantum programming and discover some features of the Atos QLM.

Quantum computing should make it possible, in the years to come, to deal with the explosion of data, which Big Data and the Internet of Things bring about. With its targeted and unprecedented compute acceleration capabilities, notably based on the exascale class supercomputer BullSequana, quantum computing should also promote advances in deep learning, algorithmics and artificial intelligence for areas as various as pharmaceuticals or new materials.

Photo caption: 6th meeting of its Quantum Scientific Council at its headquarters in Bezons

Atos is a global leader in digital transformation with over 110,000 employees in 73 countries and annual revenue of over € 11 billion. European number one in Cloud, Cybersecurity and High-Performance Computing, the Group provides end-to-end Orchestrated Hybrid Cloud, Big Data, Business Applications and Digital Workplace solutions. The group is the Worldwide Information Technology Partner for the Olympic & Paralympic Games and operates under the brands Atos, Atos Syntel, and Unify. Atos is a SE (Societas Europaea), listed on the CAC40 Paris stock index.

The purpose of Atos is to help design the future of the information technology space. Its expertise and services support the development of knowledge, education as well as multicultural and pluralistic approaches to research that contribute to scientific and technological excellence. Across the world, the group enables its customers, employees and collaborators, and members of societies at large to live, work and develop sustainably and confidently in the information technology space.